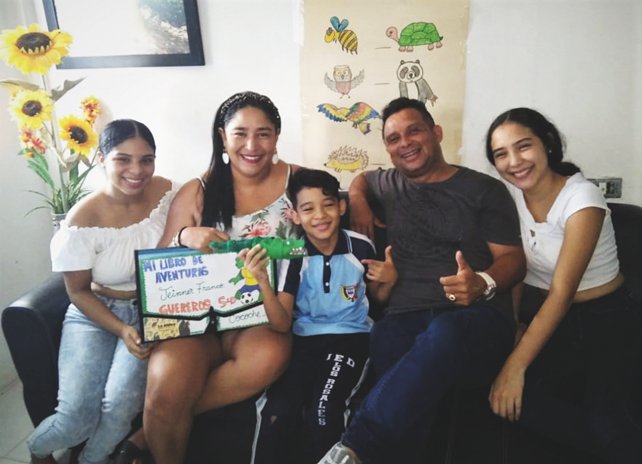 When the pandemic reached the IED Los Rosales, in Barranquilla, the teachers found a challenging panorama: the educational community, especially vulnerable, saw how the crisis created problems not only for the students but also for the parents, who faced ever greater economic and labor obstacles as a consequence of the crisis. To this was added the lockdown, which forced everyone to find a way to connect to virtual sessions so as not to lose their classes; however, not all students had access to a computer, some didn’t even have connectivity on their cell phones. That’s why teachers like Milton Javier Barrios and his colleagues in grades four and five came together to think of strategies that would allow them to ensure that all their students had some type of connectivity. “At first it was difficult,” says Milton. “We contacted a number of friends and they gave us some top-ups that lasted a month, but the following month it was again a struggle to get new people to donate, until we reached a moment when we ran out of friends and had to implement new activities.”

It was at that moment that it occurred to them to use social networks, a tool widely used by the community, to make themselves heard and call more people to support. They decided to invite certain children to record videos in which they talked about themselves and showed the places where they live; from there, they created the Facebook page “La Aldea Rosalista” with the aim of obtaining resources to continue financing the top-ups that kept students connected with their teachers and their lessons. After a while and a lot of work, the idea paid off: thanks to all the contributions they were able to buy phones for families with more than three children in the institution and collect enough funds to donate top-ups to the families that needed them.

For Milton, this exercise has been invaluable as it has allowed students to think from a new angle about the reaches of a tool like Facebook. “Our kids are no longer using social networks to say how they are or communicate news or share memes; they are using them for a more important purpose, which is sharing their daily lives, their activities and their commitments,” says Milton, highlighting the importance of the work of the parents of family, who have been responsible for supervising and accompanying the process of their children when it comes to using social media to continue learning. 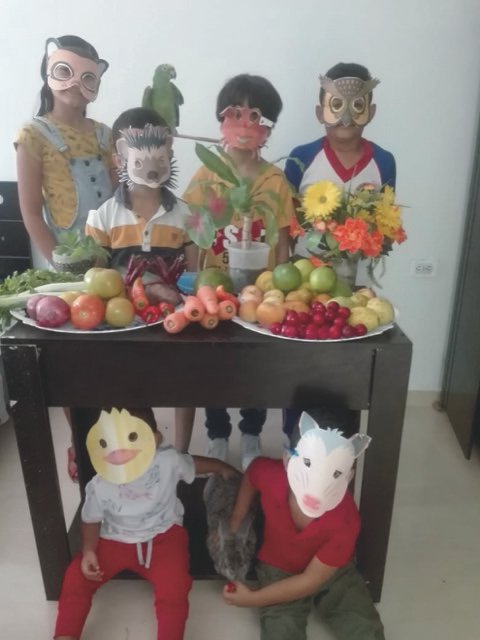 Guajira: A strategy menu for everyone In
Writen by:Sebastián Guerrero

In the ethno-educational institutions of La Guajira, the arrival of La Aldea has opened a true buffet of strategies and resources. “We no longer have a single plate; now we decide, within that buffet, which strategies we use and how we adapt them to the different levels we are working on”, Nelvis Peralta, from IE Roig y Villalba in Fonseca told us.

From the outset, Nelvis has invited his students to create gardens at home, to make herbariums like Harry’s and connect with the characters in the story in the process of planting food. As an accompaniment, the teacher Kelys Rodríguez Medina, from Ethnoeducational Center No. 13 of Riohacha, invited his students to look at animals that were new to them (like Carol, the spectacled bear) recreating the characters of La Aldea by means of dry leaves and other natural resources. Finally, for dessert, the coordinator Claudia Mendoza, from the Hato Nuevo municipality, has been in charge of presenting La Aldea in two venues with 23 teachers and 711 children from transition and primary, so that everyone can find sweet ways to learn. “They are my team, my support and my reason for being”, Claudia tells us with pride. Enjoy your meal!